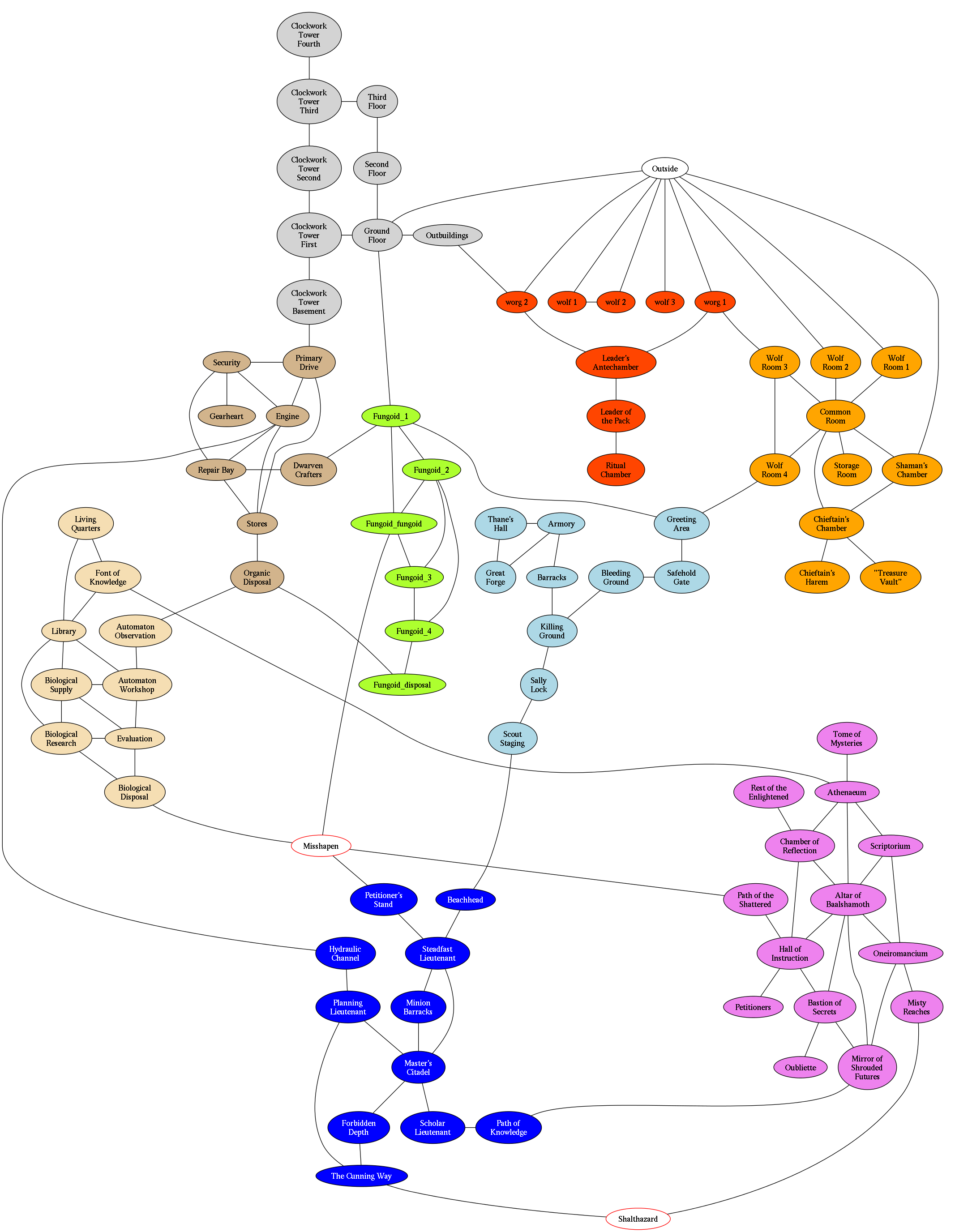 I think I’ll revamp the Fungoid Cavern tonight.  Its layout was a placeholder to satisfy GraphViz and it’s starting to bug me.  Also, I’m still trying to figure out what I’ll do for Salthazard the Pale.  I have some ideas for the Pit of the Misshapen, but I really didn’t have anything particular in mind when it came to the dragon.

You’ll probably have to zoom in to make out the content of the map.

I’ve just counted, and there are about 80 nodes specifically placed so far.  This ignores the ‘Outside’, ‘Misshapen’, and ‘Shalthazard’ placeholders below, and the icky greenish Fungoid Cavern nodes that will be replaced soon.  I’ve spent about 22 hours on this so far, including talking about it here (I’m not including talking about it elsewhere), but I could milk this for 25-30 improv sessions right now pretty easily, and that assumes the players can take on about three nodes per session.

It looks like my estimate of somewhere around 100-110 nodes will be pretty close.  I would likely still have 2-5 rooms or locations per node (the Wolf Den and Goblin Warren maybe not, but there are other nodes that would have quite a few more.  200-500 or so rooms if I were to flesh this out fully.

I’d hate to draw a dungeon map that big then try to populate it rationally.