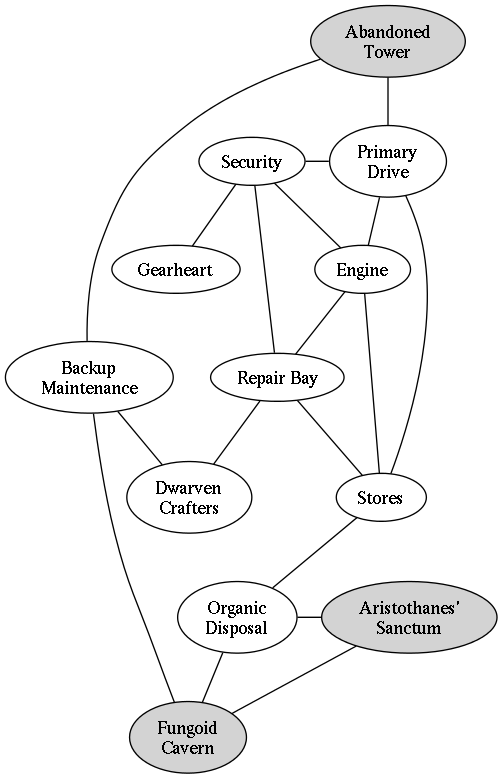 Contains most of the recoverable secrets of the wizard who owned the Abandoned Tower.  Largely puzzle-based encounters; while there are defensive automata, they will largely ignore you if you don’t cause trouble.

Mechanical madhouse, with lots of inexplicable machinery (and servitor automatons to protect and repair it).  I am suddenly reminded somewhat of Castle Heterodyne from Girl Genius, and of the ‘advanced civilization’ areas of recent Zelda games.

A large, multi-celled region filled with automata and moving equipment.  Lots of platforms and catwalks (and skyhooks and large beams for things to move on) and gears and screws and other equipment.

Finely-crafted objects.  Older ones are clearly masterwork, newer ones show clear signs of dwarven craftwork.  If you look closely enough, all items of a particular type show exactly the same markings.