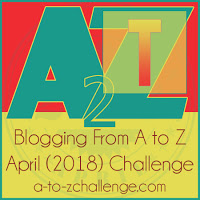 Most of my gaming is centered on roleplaying games. I play them, I run them, I design them, I even publish for them. I picked up a copy of Terra Mystica a few years ago (I’d wanted it for a while and it came on sale) but hadn’t played it for quite some time because the rulebook was misprinted (half the pages were French). Z-Man did send a new copy of the rules when I asked (though I had to wait for them to do the next print run), but it still took me quite some time to get it to the table.

On Friday, that ended.

We go to Interactivity Game Café in Victoria every couple of weeks, more or less. We can play their games, we can bring our games, there’s some tasty food and they’re now licensed. Great place to hang out for a few hours.

Anyway, went to Interactivity and didn’t have to be home early, so Friday was the night. Brought the box in, punched all the bits and reviewed the rules. Laid the board out with the recommended two-player ‘first game’ and went to town. We were about three hours from opening the box to packing it up, but man, what a ride.

Terra Mystica has many bits.

Game play was surprisingly straightforward. We had largely internalized the available actions within the first two rounds. The recommended first game is set up so it works (the main game randomizes more of the game setup, which can lead to a degenerate setup that’s hard to play). The first few rounds passed fairly quickly, but as we started to get more resources the choices quickly became more complex, and even though everything is deterministic — no dice or other randomness after setup, it’s all down to decisions made — there is still uncertainty because your plans can be disrupted by another player’s actions. “I want to do this, but I need that resource to do it, but I don’t want the other player to transform and build there before I can because that’ll mess everything up, and I can only choose to secure that resource or transform and build there…”

It’s good that we picked up so quickly, because there are only six rounds of play. The first two are spent getting a basic engine going, and then it’s got to go. We started immensely starved for resources, but after the second round we had enough to do something useful. Build dwellings because that frees up workers, upgrade to trade houses and temples when you can (but upgrading a dwelling to a trade house puts the dwelling back on your player board, reducing the number of workers you get next round), use your power (special resource) when you can to fill in your weak resources (I have workers but need money! Spend four power to get seven gold!), hopefully before another player does the same thing.

This is not a frantic game by any means, there really is not clock pressure on your turn. The time pressure comes from making sure you do your actions in the right order to get what you want done before another player interferes with it with his plans. I did not get a strong sense of direct contention, though: we weren’t directly opposing each other, after all. At the same time, it did not seem like a race game, where we could ignore each other in an effort to get the most win stuff (VP, say). We were contending for the same resources, though, but there was really very little sense of ‘dick move’ when cutting someone off; you really don’t have the resources to spend just to stop someone else from getting ahead. If my opponent takes the ‘7 gold power tile’ I wanted I never felt it was done just to cut me off, but because he needed the gold as much as I did and got to it first.

This was with two players. The game supports up to five, and BoardGameGeek says it plays best with four. The board is not very big, and while the game already encourages development close to other players this would make for a very crowded board… and an immense amount more contention for special resources. I think we’re going to want to build up to that many players, the amount of mental stamina needed would be quite a bit higher.

For those curious, the final score was 109:90, my favor. This is much closer than it seems, because much of the final scoring is done by relative position: it doesn’t matter exactly how many contiguous hexes I have in my biggest territory, just that I have more than the other player. Ditto the cult tracks. With only a few small changes in decisions during the game that 19-point different could have evaporated (we tied for biggest territories: had he gotten ahead that would’ve given him 18 points and me 12, instead of 15 each; he crushed me on the fire cult track (10 vs 1) but I sleezed past him on the other three: had he not pushed red so hard and kept his advantage on the others he would’ve gotten 32 and me 16, instead of him getting 16 and me getting 24).

After that, we went looking for something easier. I felt about capable of a quiet game of checkers.

And we are totally bringing this to the table again. Soon.