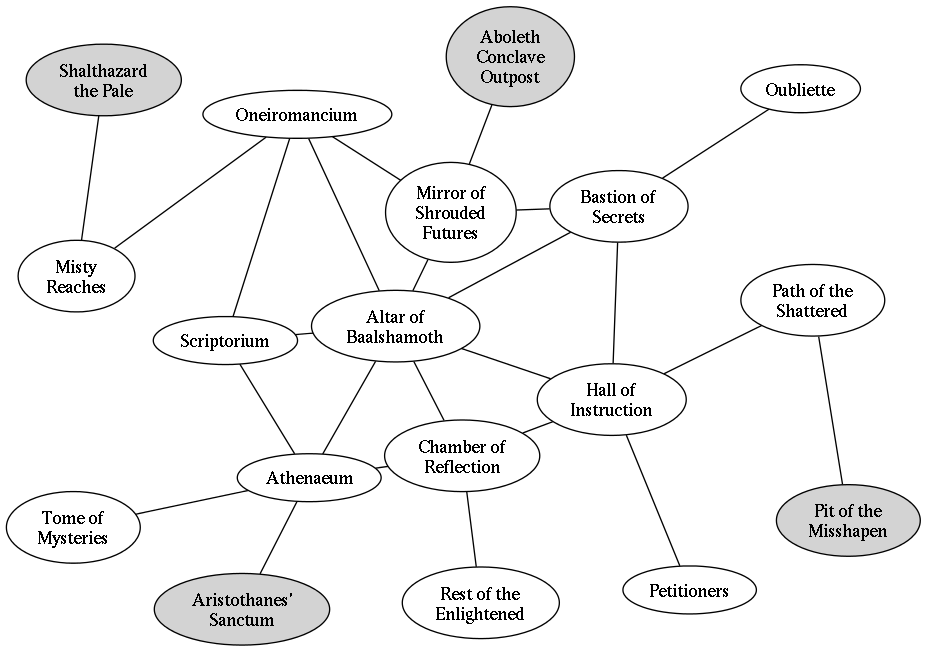 Creepy mastermind behind certain factions within the megadungeon, plots to reach beyond once the proper tool is found.

Alien source of knowledge, though the price is often misunderstood.

Working to provoke chaos in the world through application of (mis)information.  Trying to find the strongest ally locally (by pitting various factions in the megadungeon against each other) to make use of outside the megadungeon.

Information that is factually correct yet may be horribly misleading.  ‘Definitive’ books that contain information that supports the (correct) holder, with contradictory material removed, elided, or otherwise unreadable.