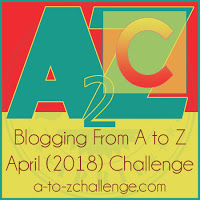 I am so sorry. At least I kept it out of the post title.

Yesterday I created a basic adventure structure, ten nodes (places of interest, basically) all linked up. Now I need to put something in them.

Time to break out the tools of imagination. Sometimes it might be the Tome of Adventure Design (huh, I’ve mentioned it many times on this blog but still haven’t gotten around to a review… I’ll get to it someday), but this time I’ll use Scenes of Chance from Twizz Entertainment. Sadly, I can’t seem to find a link to purchase these, so if you missed out on the Kickstarters you might be out of luck.

However, I’ve got mine in hand, so I’m using them. I’ve shuffled the cards and get:

Some of these already give me some ideas, but Scenes of Chance provides some useful little tables that can be used to expand on the meaning of the icons.

However, first I’ll attach some labels to the nodes in the diagram. The original diagram is below, for reference.

Now, I’ll assign the Scenes to the nodes. First in a table for clarity, then an updated diagram.

I’m starting to get a feel for the geography. I found that some of the built-in links weren’t quite how I wanted them. For instance,

There were a few other little changes. The original graph is sometimes just a starting point. Also, the layout engine I use for the diagram moves things around a bit according to its layout rules. These rules usually lead to sensible outcomes.

The diagram below shows the links between the nodes, but isn’t arranged quite how I would expect it to look geographically… but that’s okay, I get to explain it all in the next post.