It’s no secret that I’m a fan of Rafael Chandler’s work, what with my posts about the Teratic Tome and Lasus Naturae (which I’m really looking forward to getting, Rafael tells me it’s on target for release on schedule). 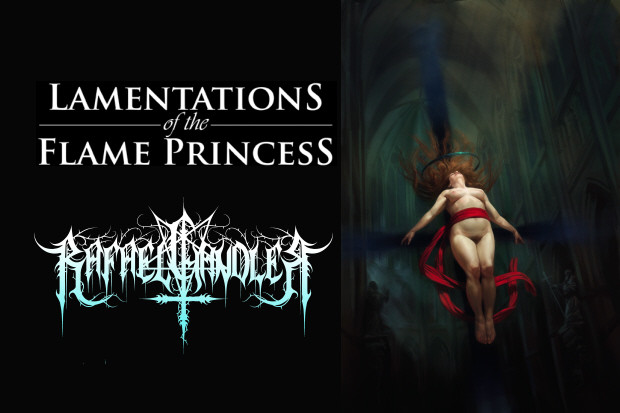 Also, not incidentally, it is the subject of a soon-to-end Indiegogo project, something of a old experiment: Pay What You Want. There is a minimum 1€, and shipping is not included but roughly estimated as “around 5€, but we cannot guarantee that postage costs will not rise”. Historically shipping from Finland has worked out surprisingly well — I just checked with _Lamentations of the Flame Princess_, a 160-page hardcover (2.5 times as long as this book) with the same page size and shipping costs to Canada range from 6€ for ‘economy shipping’ through 30€ for ‘tracked shipping’ (and 11€ for ‘first class shipping’).

So, about No Salvation for Witches.

I’ve read the pre-layout PDF and this is consistent with Rafael’s other work:

About the art: the art depicts what is described in the content accurately and is quite well-executed, but I don’t want to explain to my coworkers or people on my bus what I’m reading. Excellent pieces, but inconvenient to me… overall I consider this a plus, but it’s something to be aware of. The banner image above is a mild example of what I mean — it has a basically naked woman… but it’s mild in that Rafael’s horror leans toward body horror, this body at least looks right rather than horrifyingly wrong.

This is not a murderhobo adventure where you kill monsters and take their stuff, though there certainly are monsters — as in Teratic Tome, they are actually monstrous and inhuman, not shorthand for “bad guys we’re allowed to kill”. For instance, most D&D monster books you can pretty much pick a monster and go, the mechanical information needed is present and the background information is there if you want to build around it. When Rafael wrote the Teratic Tome he included a great deal of deeper information that helps the GM integrate each monster into the setting and foreshadow its appearance. You can use it as a standard monster book but that reduces the potential of the monsters.

Similar reasoning applies here. Just as monsters from the Teratic Tome benefit from taking work to integrate with the setting, the adventure here is rich and robust enough that running it simply as written is disregarding and discarding potential for greatness. In fact, the Preface starts with the sentence “This is not a low-prep adventure.” and it’s not kidding.

The weight of backstory and setting material compared to mechanical information makes this feel more like a setting supplement than a simple adventure. The more tightly it is integrated into a setting, the better the potentially far-reaching effects will be noticed. There are relationships between many of the presented elements (often explicitly called out) that are best understood and studied before running the adventure. The number of interactions possible between this adventure and the creatures and characters in it the better I see it working.

In fact, I can easily see expanding on the material presented here. The core adventure described here provides some time pressure (before the ritual ends), but I see such a wealth of background material that I would be inclined to flesh things out; what is presented here in a page or two could be worth making an entire game session in and of itself.

All in all I think this will be another well-executed product of Rafael Chandler’s (possibly worrying…) imagination. The material evokes a visceral horror in me, and the situation is bleak enough and troubled enough that it fits the style of Lamentations of the Flame Princess. The Pay What You Want Indiegogo project is a bold venture ending on August 25 and I am interested in how it turns out. This adventure is ill-suited to my group (we’re a bunch of murderhoboes at heart and play as an excuse for getting together, drinking, and telling funny stories — something that would detract from this adventure) but I believe it will be an outstanding product. If you like horror and bleak adventure, I would be hard-pressed to come up with a better example of the genre. Preparing and running this adventure properly requires more work than most, but I think the potential depth warrants it; running it like a normal D&D murderhobo adventure would trivialize it, but investing the time and effort will, I believe, lead to an experience that will be long remembered.