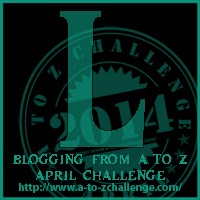 The campaign and scenario design methods I use encourage nonlinear design and play. They are fractal in nature, applying to many levels and degrees of scope. This can lead to a rich and complex campaign setting.

At the adventure level, it is pretty easy to devise encounters that hold nonlinear relationships to each other. Multiple encounter areas and creatures, each having information (or even just passageways, in the case of constrained spaces such as dungeons). I like to have the encounters that interact with each other, such as by changing the scenario dynamics by aiding, hindering, or even removing certain entities from the scenario. Given an adventure prepared in this fashion, PC involvement and decisions can have significant effect on the outcome.

The same reasoning applies at the campaign level. It is possible to devise adventures such that they hold nonlinear relationships with each other. Each adventure can provide direction to other adventures, and have consequences that affect the scenario dynamics in other adventures. For example, you might learn that a particular major NPC (one with campaign scope, who is probably a recurring character in several of the adventures) has a base and where it is (you have a direction to a new adventure, if you want to track him down). If you manage to befriend (or antagonize, or even kill) the NPC you will likely find different results when you get there.

Even beyond that, though, it is possible to do the same thing with campaigns. I consider a campaign to be a series of related adventures ultimately leading to the achievement of a goal… or more precisely, answering a question. In fiction terms, a campaign might be similar to a trilogy or other small collection of books that tells a story longer than fits in a single book. It is possible to have multiple such series that each tell a similarly-scoped story. To use a common example, David Eddings has two such, The Belgariad and The Mallorean (five books each, plus some ‘side books’); and The Elenium and The Tamuli (three books each). Raymond E. Feist’s Midkemia setting has a rather large number of campaigns, and of course the Forgotten Realms and Dragonlance settings do as well… though I do not pretend to know any longer how they all relate.

Applied to the Sandbox

Heraka-at is the capital of Sturmhame. The Keys of Heraka-at can lead to the PCs learning the truth of the fall of the Donnerkonig and what might be done to take their place as the new Donnerkonig. Even if the PCs don’t actually learn the truth and what it means, other information present may cause them to the tasks needed. Wave a sign that there are big treasures here, here, and here — the adventure is The Keys of Heraka-at for a reason, these treasures have purpose — and I’m sure many players will happily hare after them even if they don’t know what to do with them later. When they get each treasure they can learn more, until they have enough information to understand what they’re doing.

Each of the other adventures will have links to other adventures. An adventure to gain one item might provide direction to adventures to gain other items, and I can easily imagine each adventure having information about what will need to be done with the treasure found in order to gain the power promised by being Donnerkonig. The horn of gales is itself a useful item, but when properly applied in the right place it cements the power of its wielder and marks the wielder as aspiring Donnerkonig (when all such are empowered, the Donnerkonig are returned). There may also be direction to adventures that can specifically affect the scenario dynamics in these other adventures, such as removing the pirates that threaten the shipping in a critical port city. When news of someone wielding the horn of gales to destroy the pirate fleet reaches the port, someone carrying the horn of gales might find it rather easy to get their attention and gain access to the resources needed to complete that part of their quest.

It is clearly evident that adventures can provide both direction to and affect adventures in other campaigns.

The PCs may enter at The Keys of Heraka-at, complete The Donnerkonig Heirs by getting all the MacGuffins, then do Return of the Donnerkonig, cementing their power as the new Donnerkonig.There might then be other campaigns that explore the consequences of their rise to power and the reaction of the other nations in the region.

It doesn’t have to be this way, though.

The PCs might complete The Donnerkonig Heirs and decide they don’t want to be tied down as kings of a storm-driven land. They will have found other leads during the first campaign and could decide to follow up on them instead. Or even earlier; after acquiring the horn of gales, they might choose to deal with pirates as described above and become enamored of ridding the seas of pirates entirely. Yes, it means abandoning the Donnerkonig campaigns, at least for a time, but that’s what player agency looks like.

It also doesn’t cost me much, since until it looks like the PCs are headed in a particular direction I deal entirely with synopses.

At the same time, the campaigns as written aren’t the only way in, either. Return of the Donnerkonig might be entered from other campaigns. The meraelves might be concerned about news from the northwest that the Donnerkonig may be returning (as indicated by results of someone, obviously not the PCs, or at least not these PCs, taking the Donnerkonig treasures) and send investigators or envoys to find out what is happening, and possibly prevent it. This could turn Return of the Donnerkonig into something of a contest between the two groups… and who knows, nothing says the Donnerkonig have to be from Sturmhame, perhaps the ‘investigators’ can co-opt the supposed (but evidently not true) heirs. Or perhaps the trade war between Sturmhame and the City of Canals (complete with official privateers with Letters of Marque, which is to say irregular military, not dirty pirates) heats up and the privateers get ambushed in their legal duties by an upstart with a magic horn… and after a hard-fought battle aboard the commodore’s ship the nature of the treasures held by the upstarts becomes evident and the privateers choose to go into business for themselves. Or more for themselves.

Campaigns are not generally noted as leading from one to the next, or even more, from one to several or from several to one, perhaps because the effort of creating each can make it impractical. However, in the grand scheme of things it is possible to identify, just as is done for encounters in an adventure and adventures in encounters, how campaigns can merge and split. As this is done, the same techniques applied at more detailed scope levels can be applied at the large levels, and even between scope levels. This leads to a many-layered tapestry of adventuring possibility that can span and fill the sandbox.

And a wonderful consequence of how these techniques work? Unless you are trying to prepare the entire thing at once, as for publication, at any given time you really need to look only at the pieces you need. Keep notes on the rest so you know what they are, but only at the synopsis level. I plan to demonstrate that in tomorrow’s post, Mapping the Donnerkonig Chronicle.