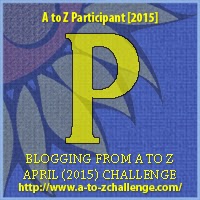 Chris Kutalik of the Hill Cantons and I share an interest in the use of graph theory in roleplaying games. He refers to it as ‘pointcrawling‘ (an obvious allusion to hex crawling), and has Kickstarted and published an adventure featuring a pointcrawl, Slumbering Ursine Dunes.

I never really got to naming it, but since my node-based megadungeon (see final map at the bottom of this post) was designed in a similar manner other people have taken to referring to it as ‘nodecrawling’. I design at this level, drilling down and refining each node until I am satisfied I have sufficient detail for my purpose. In the node-based megadungeon series this was two levels, one identifying regions and one identifying areas in each region.

The critical element of graph-based adventure design is that it focuses on key entities (places, creatures, and things) and the relationships between them. By largely ignoring the physical implementation at first you can ensure all the necessary connections are present, and start preparing the information the PCs will need to navigate the adventure with knowledge and agency.

Then, when I thought Chris and I were each so clever, a couple of other folks came along with ideas to make the mechanism even better.

Lionel di Giacomo made an obviously great addition: transitional notes. This is especially useful for GMs who like to improvise, and for less improvisation GMs during their development process. Put simple, make notes about what may be seen or experienced while moving from one node (or point) to the next. The linked article has an example where Lionel took the graph (node map) of the Abandoned Tower and added notes to most of the edges between nodes. They indicate some continuity of design (the oak steps in the tower proper and the brass steps in the clockwork tower), differences and challenges (the fallen stairs between the second and third floors, the locked grate preventing access to the iron ladder), and so on.

Daniel Davis had another very good addition to the process: the pathcrawl. It is much like the pointcrawl or the nodecrawl, but like Lionel’s idea it puts greater emphasis on the edges between nodes, the paths between them. Paths connect ‘interesting things’. The GM has probably prepared the major paths the PCs might interact with, but new paths might be found that could take you somewhere else. For instance, while traveling between the Keys of Heraka-at to Spire of the Bronze Sorceress, the PCs might stumble on a long-abandoned trail that leads… somewhere else. The old path still exists, but this new (well, new to the PCs) path is another option. Unlike simply striking out overland, though, a path goes somewhere interesting, so the PCs can be reasonably confident there will be something at the other end. There might be clues as to what’s at the other end, there might not, but at least they can be confident that they’ll find something.

If you found this article interesting and want to learn more, go read Chris’ most excellent material on point crawling.

You may find Daniel Davis’ article on pathcrawling useful as well, as it extends the mechanism to provide a way for new elements can be added to an existing graph.

Between the graph theory Chris and I explore, and the suggestions from Lionel and Daniel, I think there are some great mechanisms for use in designing and developing adventures.

And because I tend to think in abstractions, I find many of the same processes can be applied to campaign and setting design, and at many levels. And the branching mechanism of the pathcrawl makes me want to think again of how Ben Robbins’ Microscope RPG can be adapted to physical exploration.