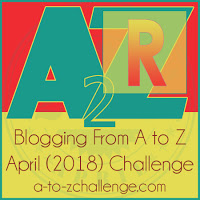 This little valley has really started to grow on me, and I’ve considered making a campaign setting out of it.

Also, something about ‘Church of the Underworld’ just seems weak to me.

Between the two, perhaps it’s time to devise a pantheon, so I can speak with some knowledge about the religions involved.

Then I remembered I actually wrote a book about that, with deities that might be a good fit.

Specifically, the earth deities of the Elemental Tetratheon:

Not all have the Earth domain, but that’s probably not important. Let’s see…

Povratak actually is the goddess of earth, but the rest of her domains don’t look like a great fit. Stvari’s primary domain is Animal, but having Artifice, Community, and Earth makes her almost a perfect fit. Saranti looks okay, but Buntovnik surprises me with how suitable he is: Earth and Community are still there, but Destruction, Strength, War, and Evil actually could explain part of why this town is the way it is. The other three deities are of little interest to me (Gajivak maybe, for the Community domain).

… I had forgotten that the earth deities of the Elemental Tetratheon are not really on the side of mortals, for the most part. However, they also mostly aren’t expressly against mortals, so much as aware they are a transient thing and not worth getting too attached too. They tend more toward law than any other alignment, and that works here as well. From Polyhedral Pantheons:

The cycle of civilization is inescapable. As long as mortals exist, cities and nations will rise and flourish before declining and fading away. New civilizations rise to replace those that have fallen.

The Kamen are only the latest of the civilizations to grow under the eye of the earth deities. The remains of previous civilizations litter their forests, shrouded in mystery. Someday, the forests will swallow their cities as well. It is what will be.

Stvari is an aspect of Povratak and is the goddess of domestication. She is the maker of tools, the scribe, and the teacher. It is through her acts than mortals have learned to build and for civilization to flourish, for the time allotted to it.

Her shrines are found on farms and in smithies, places of industry where people work to improve matters for their neighbors.

Daily prayers are offered at noon, taken as a time of rest from toil, before returning to work.

Mortal servants of Stvari are known as Industrious Hands.

She has been known to manifest as a familiar but unknown shepherd, farmer, or crafter who offers just the right advice needed to advance the work being done. More subtle manifestations might include unexpectedly finding exactly the right animal or tool at hand.

Buntovnik is a male aspect of Povratak, the dark aspect of destruction. Mortals are their own worst enemies, and he is not above manipulating that in order to bring about their destruction and the re-ascendance of nature faster.

His shrines are often found in military locations, fortresses, and anywhere you can find organized attempts to forcibly subjugate people.

Daily prayers are offered at dawn, pledges of commitment to the brotherhood of soldiers.

Mortal servants of Buntovnik are known as Conquering Hands.

He is believed to manifest as a commander (or even sergeant) who gives orders to those who need direction on the battlefield or who lack certainty in their purpose.

Gajivak is the champion of civilization, temporary though it may be. He is an ally of Stvari, the patron of those would breed powerful animals to guard communities and serve in war.

His shrines are often found in breeding and training grounds for animals such as warhorses and dogs (war hounds, bullmastiffs, and even hunting dogs).

Daily prayers are offered at dusk, at the end of a long day’s work.

Mortal servants of Gajivak are known as Warding (or Warring) Hands.

He has been known to manifest as a fearsome warhorse at the need of a mighty warrior, or as a vicious dog who violently protects against invaders.

Okay, Buntovnik doesn’t suit what I want here, he’s out. Gajivak actually isn’t that far off, except for the strong association with animals, especially war animals. Stvari doesn’t particularly have much to do with mining, but otherwise matches pretty well what I’m looking for. “maker of tools […] shrines are found on farms and in smithies, places of industry” is just about spot on. Locally they probably look more toward her industrious aspect than her domestication aspect.