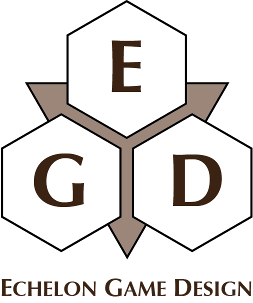 My books, let me sell you them.

It is to my immense satisfaction that I announce that I have completed, for now, the Echelon Reference Series Spell Book line.

They are not yet all published, but all have been compiled and laid out.

Most are already available at OneBookShelf (DriveThruRPG/RPGNow), the rest are being uploaded and scheduled for release, two per week until done… at the end of March.

They are all being uploaded for release at the Open Gaming Store and at Paizo. Because their packaging works differently I might simply do each line of spell books in one step, rather than releasing as I have been at OBS.

The 3pp+PRD spell books contain all of the above, plus spells — thousands of them — from select third-party sources. For Open Game License reasons (product titles are considered Product Identity) I can’t list them as I did the books above (permission granted via the Pathfinder Compatibility License). As the table below shows, this often doubles or triples the number of spells.

Each spell list is split by level, and then by school. While the wizard is really the only class that depends on the school information, splitting by school makes it easier to find spells with similar themes or applications even for other classes. For instance, a cleric interested in protecting others can focus on abjuration spells, while one interested in conquering the realm of undeath might focus on necromancy spells.

The spells themselves are grouped by level and sorted alphabetically. All the first-level spells are together, all the second-level spells, and so on.

The spell books are each released on PDF per spell level, with a compilation at the end. The Bard Spell series starts with a PDF for cantrips, then a PDF for each spell level from 1 through 6, then a compilation with the entire compiled spell list and all seven levels of spells. This was done in part so each could be released in stages, and in part because the compilations can be quite large: ERS Cleric/Oracle Spells (3pp+PRD) is 580 pages, and ERS Sorcerer/Wizard Spells (3pp+PRD) is somewhat over 1,100 pages!

The compilations can be large, but because they involve so little additional work on my part because of how I prepared the smaller PDFs, at OBS I bundle them together: if you have bought the level-specific PDFs, they come off the bundle price and you can get the compilation for free.

The table below shows the number of spells in each list and level.

Links in the table above:

There are 22 spell books in the table above that have not been released, plus 6 compilations/bundles. They are ready for release, but because of the flooding mechanisms at OBS I’m going to release them two per week until the middle of March.