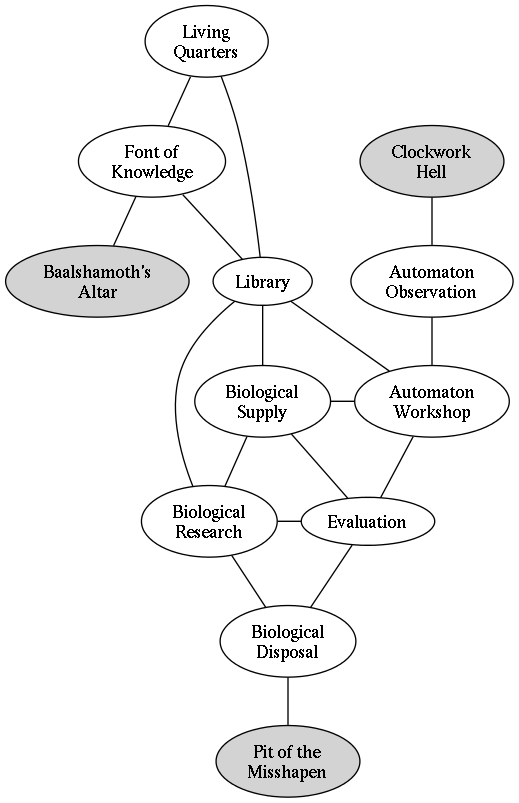 This entry is somewhat trickier because I find myself wanting to expand on the primary feature, Aristothanes himself, rather than the region of the dungeon.

This is probably a good thing, really, but it does make it a little harder to write.

Scenario: source of information about Clockwork Hell and other regions of the megadungeon, if you can deal.

Campaign: I am tempted to make Aristothanes a recurring character outside the megadungeon

Sanctum of an eccentric wizard who wants to know “how everything works”, and is prepared to disassemble anything needed to figure this out.

This region of the dungeon is full of smells and sounds of animals and machinery.  Sometimes together. In some areas there is a distinct smell of a surprising number of creatures (mostly caged for their safety), in others of… the inside of creatures, where the wizard examines them.  In his workshop you might find the smell of the hot metal of  a forge.

Creatures ‘from’ the Sanctum are almost always modified in some way — perhaps through arcane means, perhaps through more practical, physical techniques.  However it is done, it is clear that they are no longer natural.

Between the Clockwork Hell and the Fane of Baalshamoth.