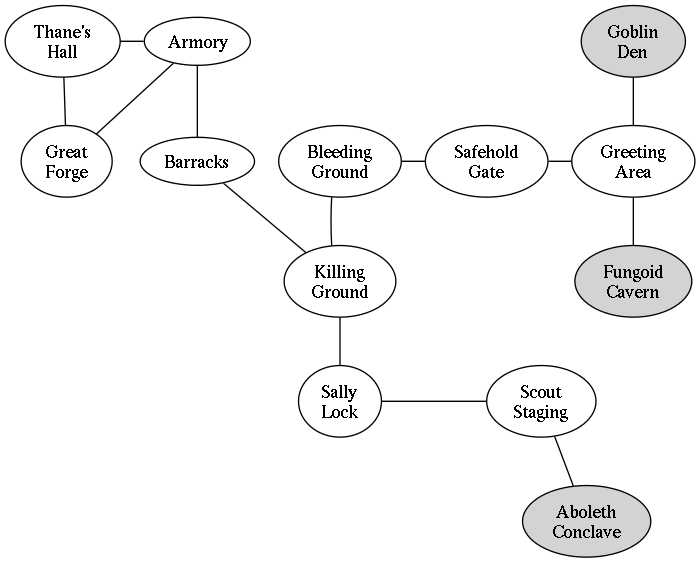 Placed by the dwarven king to observe the Aboleth Conclave and as a first line of defense.

Military base staffed by professional soldiers.  Not a lot of amenities, but dwarves don’t need them.

Very forbidding, “None Shall Pass” presence inside the megadungeon.  No direct access to the interior of the Safehold, neighboring regions lead to areas unprotected from the Safehold and well within range of the Safehold’s weapons.

Dwarven crafting, very solid and durable work.  Stoic, professional warriors, everything done by the numbers.  Rarely leave survivors, if they have to fight.

Inward of the Goblin Den, vertically spans the from the level of the Fungoid Cavern to slightly above the Aboleth Conclave.

The graph is much more linear than most others.  This is a defensive emplacement and nothing entering should have the ability to move around freely.