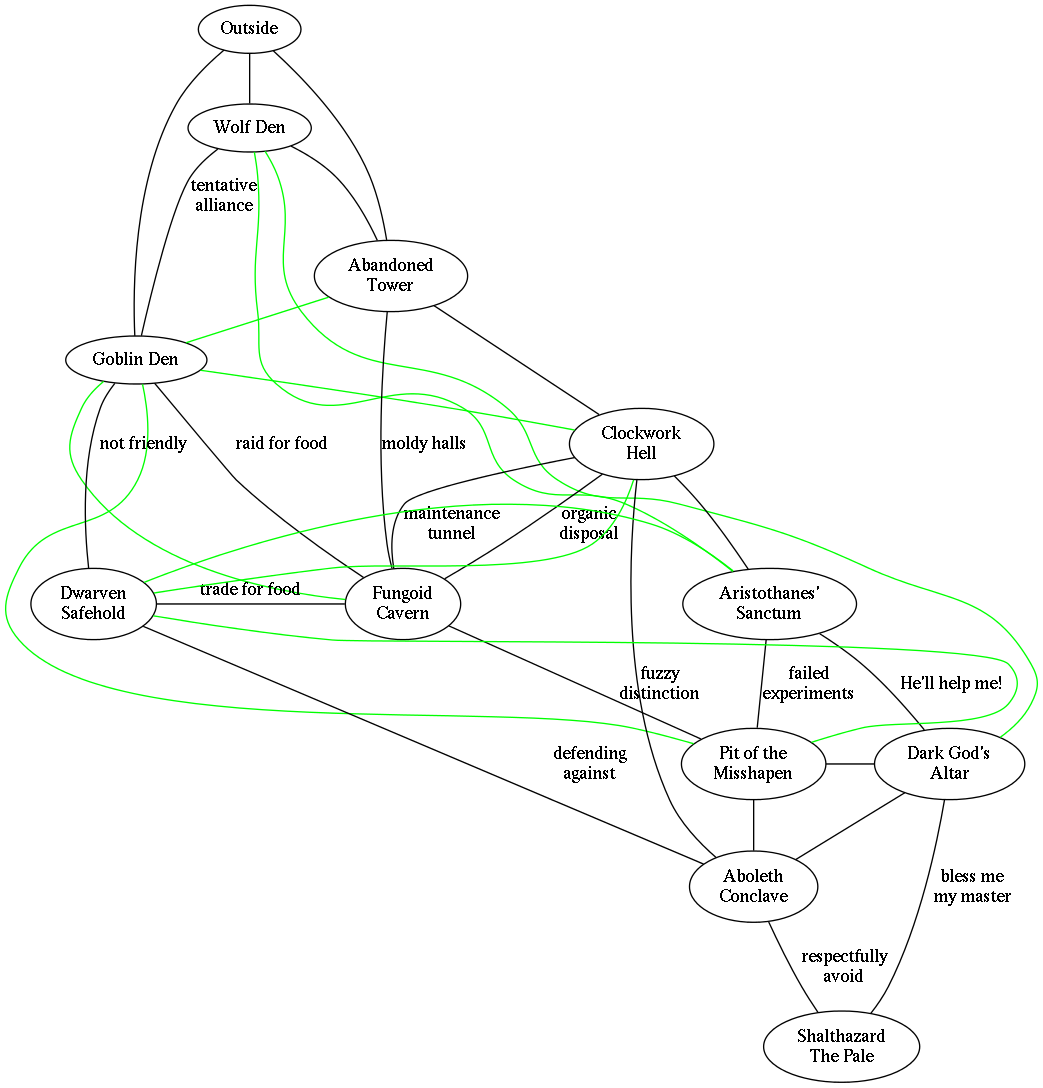 In developing the megadungeon, most of the graphs concentrated on the physical relationships between the nodes.  In the introductory post I  mentioned that those weren’t the only relationships possible and presented a sample of what it might look like if the information relationships were shown.

Now that I’ve finished outlining the megadungeon I thought it might be worth highlighting the information paths.  I moved back to the high-level diagram because

[note for those using GraphViz: the attribute used to control whether a particular edge changes the node order is constraint=false.]