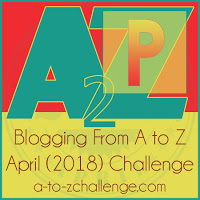 Yesterday I showed how adding ‘nodes within nodes‘ gives a layer of increased detail that can be used to find adventure hooks. These new nodes give specific points of contact, and following the connections between them reveals many situations to explore. Can a GM use this to plot an adventure?

Well… yes. It would not even be difficult. It squanders an opportunity to do even better.

Node diagrams such as I’ve been developing here can take on a web-like structure, and with enough layers it becomes fractal. If I’d started developing this setting at a higher level, I might have groups of similar nations (probably continental — Europe and Africa and Asia were so different largely because they were separated by huge distances), then the nations themselves, then subnations (duchies, states, provinces, etc.), and so on. At each level nodes are connected to each other, and to nodes within other nodes. Just as nations are connected, a duchy in one could have connections to other duchies outside the nation.

This could be overwhelming if looked at as a whole, but any individual part of it is pretty simple: the duke owes fealty to his queen, has a trade relationship with the duke in the neighboring country, and some border squabbles with one of her peers within his own nation. His vassals, and those of his neighbors, might have similar networks of connections.

Altogether this gives immense opportunity for story telling. Instead of ‘plotting an adventure’, pick out a situation that can be played out: frame the adventures as questions to be answered, and don’t be attached to any particular outcome. Make plots something that belong to NPCs, and that exist mostly for PCs to tamper with.

Back to our filthy little town, how can I do this?

I suggested a situation where a wizard hired the PCs to find a splendid ruby for him. It need not be a specific ruby, any ruby that is splendid enough will do (“5,000 gp ruby” needed for a spell… and no, I don’t let you simply overpay for a bit of red corundum). Frame this as a question: “You learned you can get a ruby here, how do you do it?”

The last post told of two rubies that can be found, and connections that can lead to those discoveries. There are hazards to both routes, and even complications that come of success (what happens if you find the guild master’s lost ruby? It seems important, it has connections to the guild master and the person he was sending it to: will anyone come looking for it?). I don’t need to plot any of this, I can look at the different nodes already in place and see what they touch, and work out consequences from there. I don’t need to plan for the PCs to follow any particular route to their answer.

The story is told after the adventures, after the answers are known. When you look it afterward, even the most convoluted of paths can look fairly straight, almost as if they were plotted… but the GM can be as surprised as the players during play. It’s worth identifying a way the questions can be answered, but this almost certainly not be the way.

I remember reading a bit of adventure design advice: “have n+infinity ways to solve something”. That is, ensure there is one answer to every problem or challenge, or more answers, then be prepared to accept the players coming up with answers that you never even considered.

Also, milk the connections for more complications. Don’t always bring them into play, but actions have consequences, and the connections between things are a great way to find them.

“This was supposed to be a simple Fed-Ex quest (go and get a ruby). Now we have a (very wealthy) guild master angry with us, we managed to befriend… sort of… an agent of the Shadow Council (which is why the guild master is angry), the muckrakers will help us when we’re in trouble, if they can, and I now know way more about getting mud out of my nethers than I ever, ever wanted to.”