In the autumn of 2012 I started a little exercise in adventure design, applying the techniques described in my Campaign and Scenario Design articles, and outlined a megadungeon.

This has proven to be a popular series, and I’m happy to finally find time to add it to my Hall of Fame.

Node-Based Megadungeon Design started the series and introduced an initial set of regions to be developed:

From time to time I posted some thoughts on theory and status of development.

We even had a few sessions exploring the megadungeon, but discovered that Wednesday nights are a singularly bad time for working people to try to game.

To add to this, Gus at Dungeon of Signs wrote a thought-provoking article about how the megadungeon material could be expanded on to make it more usable in play, rather than a framework developed as part of an exercise, and I largely agree with him.

Gus also felt inspired to draw a ‘megadungeon tourist map‘ that tickles me something fierce.

All in all I’m really pleased with how this turned out.

And even then, there was room for improvement. Lionel di Giacomo made wonderful suggestion about path transitions, notes about the edges between the nodes. These notes might be used during development, as many notes might be, but they might be sufficient for good improvisational GMs to work with in that form.

I’m still considering polishing this a bit more, adding some more detail in places (encounter tables and the like, if nothing else, and perhaps some set piece encounters), then publishing it in PDF. I might also create a polished document describing the theory behind the construction, and use the megadungeon as an example of applying those processes. 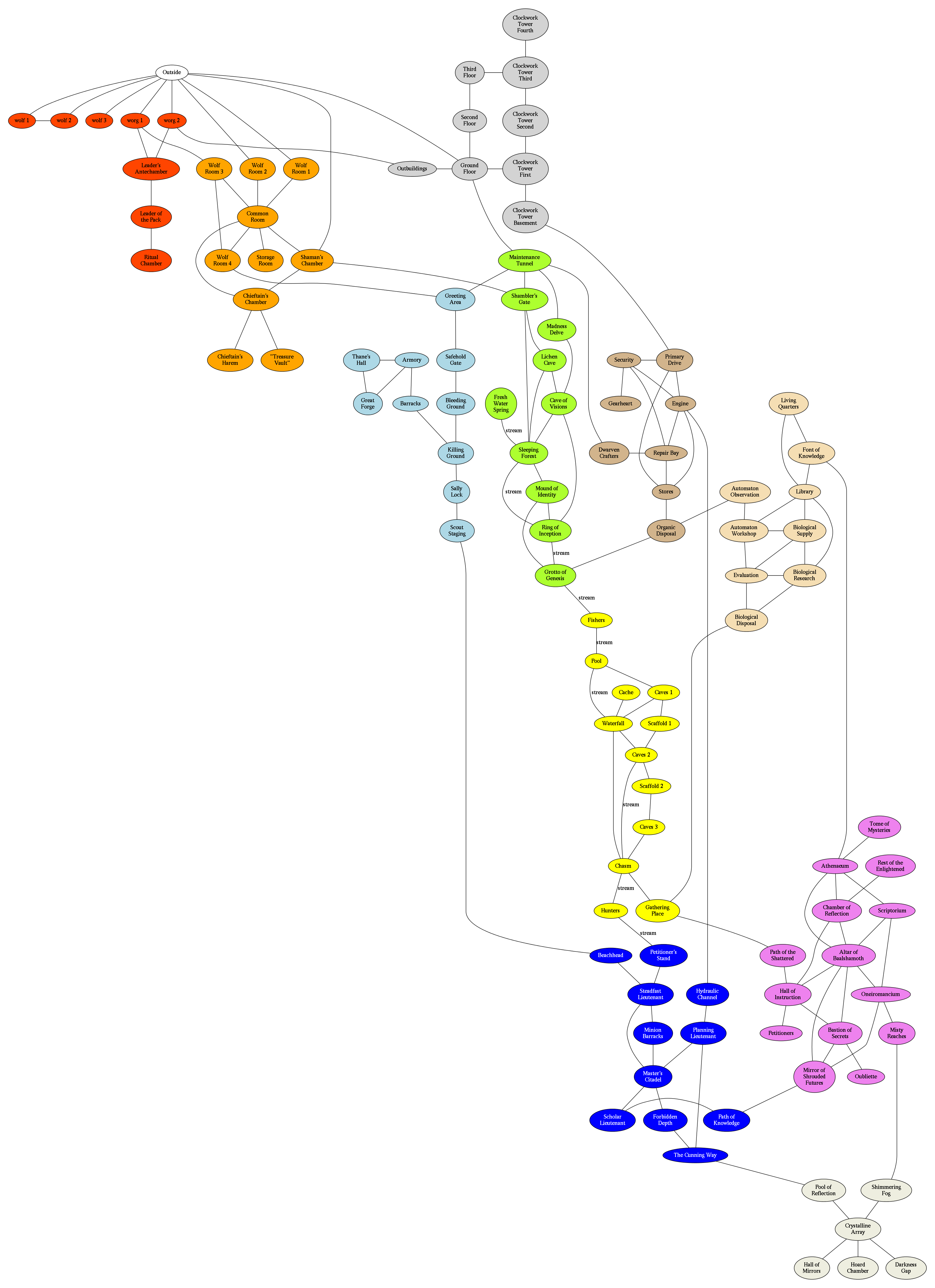