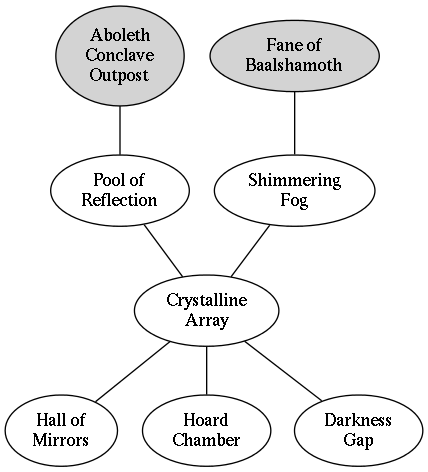 Broad-reaching mastermind with claws in many schemes.

Spectral wyrm so consumed by lust for knowledge and manipulation he did not notice his own death.

A huge ghostly dragon, lean build, almost snakelike with arms and legs but no wings.  Opalescent scales and pearly eyes.

Those he has touched and influenced have a crystal embedded in their body somewhere.  In many places it will be inconspicuous, in some the touch of the Pale is a mark of pride and the crystals worn more openly.  His influence is otherwise noticeable only by its subtlety, rarely do his actions cause suspicion of his involvement.

Typically in his lair at the bottom of the megadungeon, but may travel (often via his Mirrors) to other places.