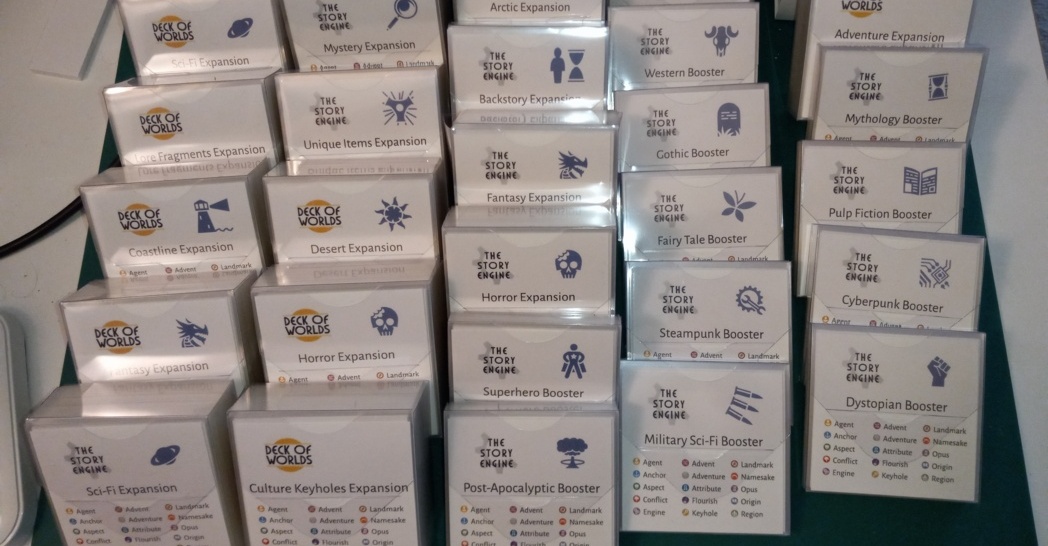 I really liked how the Horror Seeds turned out yesterday, and a Facebook post today caught my eye.

The blacksmith’s daughter has been captured by goblins too many times. Give me your “fresh” low level village shenanigans, writing prompts, or pointers to short modules (< 10 pages) on dmsguild or such.

Yesterday I mixed the Horror expansion and the Gothic and Eldritch Horror boosters, skipping the base Story Engine Deck altogether. Today, it’s a mix of Fantasy expansion, and Fairy Tale and Mythology boosters.

Okay, some tasty seeds here, but I think I didn’t hit the low-level feel the OP was looking for. The Mythology booster, as might be expected, goes for big stories… but I like the seeds too much to reject them.

I think I might try again tomorrow, leaving out the Mythology booster and maybe the Fairy Tale booster, and mixing in the base set.