The PCs in the AGE of Rediscovery campaign are, at this point, all from Bandisal. Considering that they will likely be discovering lost temples to strange gods, I should probably have some idea of what ‘normal gods’ look like to them.

The Bandisal culture came out of the Age of Upheaval, where things were in turmoil. They have a strong and vested interest in stability and civilization… there’s probably a focus on Law and Community domains. I’m going to build on the culture calcifying, though: they are so focused on keeping things under control and resisting change that they are not advancing as they should. Their practice of exiling those who don’t fit in robs them of the societal leavening that would let them grow. With their focus on Law and Chaos, I’m going to say they don’t have much attention left for Good and Evil.

Okay, I’ve got enough to start a polyhedral pantheon. I’m going to map out 20 deities, or at least, 20 sets of domains. However, because the culture so actively rejects so much, I’m only going to keep the eight that have at least one of the Community and Law domains.

I put together a polyhedron — d20 version — with twelve domains I thought relevant.

Looking specifically at the eight that have one or both of the Law and Community domains, I see the set below.

This is a very imbalanced pantheon. Of course, that’s rather the point — by rejecting so much and focusing on homogeneity, they are going to miss out on many things.

Now, let’s flip this over and see what they rejected.

This is still a pretty constrained list, but it does show more room for growth. Knowledge is strongly associated with Glory, which actually fits the setting well. I think this section of the pantheon is much more suited to supporting adventurers than the former.

I will want to flesh out the deities somewhat more, assigning names and more specific portfolios and the like, but I have enough to start. I suspect that in Bandisal the temples are about as homogeneous as the deities represented here. There likely a small temple, at least, in each town, and probably shrines or the like in the villages.

In the borderlands, though, things are probably a bit more diverse. The individual deities differ more and likely have separate temples. They also have all the deities with the Travel domain, so I imagine there are a fair number of itinerant priests.

The borderlands almost certainly have temples to found deities, both the formerly-lost temples and newer shrines and temples in the towns and villages. Probably more certain, such temples and shrines will not be found in Bandisal proper.

The expectations placed on Bandisal, and on the Borderlands where adventures happen, entirely drove the design of this pantheon.

The setting of the AGE of Rediscovery campaign is entirely rooted in divine worldbuilding. Literally so, in fact.

The gods all got together to build the prime plane as a place to hide from amorphia, the realm of seething chaos that their own haphazardly-built realm was constructed in. An amorphic storm swept their realm and disrupted their project, and they were forced from the prime plane.

In the process, the world changed and much was lost. Many things were destroyed, others were changed or just moved elsewhere… which is where the adventurers come in. Misfits of their home society, they find their way to the borderlands where things are not wholly explored and seek out the things that were lost.

Deities of the AGE of Rediscovery

The AGE of Rediscovery campaign will be a ‘points of light’ setting, where there are safe havens some distance apart, with danger and mystery in between. I expect that over the course of the campaign, new locations can be found and made into safe havens.

Some of these will be associated with cultures other than that of the Kingdom of Bandisal. These cultures will almost certainly have different religions, different deities, than the Bandisal.

Come to that, Bandisal does not have a religion defined yet! I’ll have to create one… no worries, I know how to do that.I imagine their pantheon will be largely centered on community and law.

This sounds like the basis of the Shu-Shi pantheon. The Shu-Shi are fantasy medieval Chinese halflings, and don’t fit what I know of the Bandisal culture. I think I’ll still need a new pantheon for Bandisal.

On the other hand, the goblins of this setting will almost certainly use the goblin pantheon. The vorubec are relatively civilized… a bit standoffish, almost xenophobic, but are unlikely to go out of their way to hurt anyone unless threatened. The jhesiri are stereotypical goblins, willing to destroy or eat anything they think they can get away with. The kouzelnik are mad goblins, traveling in search of jatemst (they don’t know what it is, but trust that they’ll know it when they find it).

The cultures of the Elemental Tetratheon, four cultures, each with its own element-associated pantheon, could be dropped in more or less anywhere that fit.

What would a setting like this be without temples lost deep in the wilderness, dedicated to deities that haven’t been known mortal memory in generations?

Even apart from finding actual cultures with different religions and deities, their temples could be found almost anywhere. Some might have degenerate descendants of the original worshipers, or have been abandoned and other taken over. These could be great locations for cultists.

I’ll probably want to devise some pantheons that aren’t actually connected to anyone known in the setting, simply to have them be the patrons of these lost temples. I could of course make them standalone temples of arbitrary deities, but I think things without connections are curiosities only, while things with connections are likely to be more interesting.

I think this will do as a start. There are many things I can work on, none of them particularly difficult, to start fleshing things out. 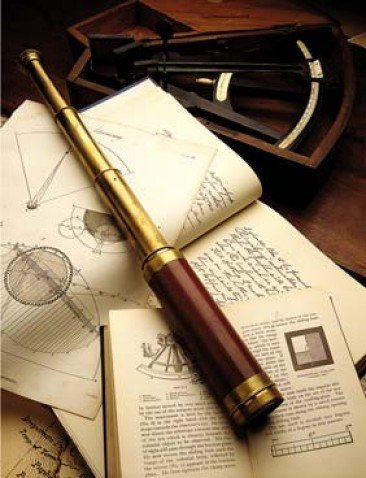 AGE of Rediscovery is a ‘points of light’ setting. This post describes the kingdom of Bandisal, the supposed center of a point of light and nominal homeland of the PCs.

This campaign uses the Fantasy AGE system, with some changes.

Long ago, the gods walked this world. Then something happened, and the gods left and the world changed and much was lost.

Gods… knowledge… even places and entire races were lost. In the time since this upheaval, though, some of the things thought destroyed were actually found.

We have relearned some of what we once knew. We have found peoples and places far from where they once were… we found them changed, often reduced or damaged, and yet we did find them.

Civilization is not yet what it was, but it exists, and it continues to grow. The rules for civilization are sometimes strict and unyielding, because we must keep what we have regained.

There is a place for those who… do not fit in so well, who chafe under these rules. They can go to the borderlands, to search for what was lost. To learn what we forgot. To find the places that cannot be reached.

These are… you are… the Seekers of Lore.

The greater gods created the seed of Paradise. The lesser gods came out of the waves of amorphia and joined their wills to those of the greater gods to make Paradise greater.

While working on their new haven, the gods learned, and learned painfully.

The greater gods came from an amorphic storm, an overwhelming confluence of waves.

An amorphic storm struck. The gods in the haven were wrenched out by their peers in their struggle to survive, to keep Paradise together as it was torn asunder around them.

Greater gods were created by the score, and lesser gods by the legion. Many gods, greater and lesser, were consumed by the storm.

Even the new haven was affected. The gods would have been gratified that the changes were limited to the sorts of things they themselves did while building it… and even as inconvenienced as the mortals were, many — a small fraction to be sure, but still enough — survived to start rebuilding.